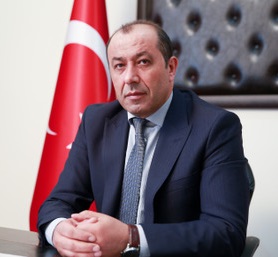 Professor Faruk Bilir was born in 1971 in Yozgat. After graduating from Selcuk University School of Law, he obtained Master and Ph.D. degrees in the field of Public Law at the same university. He began his career in 1995 as a research assistant at the Constitutional Law Department of the School of Law. He served as a lecturer between the years 2001 to 2014 and during his last two years he served as the head of the department of Constitutional Law. After this time, he served as the dean of Karatay University Faculty of Law. He served as the Legal Counselor in the Ministry of Labor and Social Security in 2016.

Faruk Bilir, who works in the fields of constitutional law, political science, parliamentary law, governmental systems, human rights, has a large number of published books and articles. He can speak English. He is married and has two children.