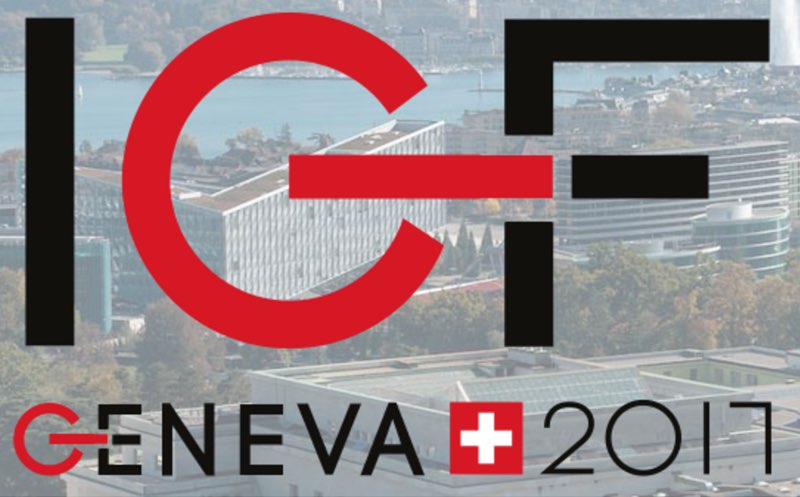 Two of the IT Law Institute’s researchers attended the 12th annual Internet Governance Forum (IGF) in Geneva, Switzerland, from December 18th to the 21st, 2017.

Like each year, this year’s IGF brought together diverse stakeholders in internet governance, including civil society, government, academia, private sector, and technical community. Our researchers attended sessions during the four days of IGF that focused on data protection and emerging technologies like artificial intelligence.

Below are blog posts from a selection of the sessions attended:

We’ve all been hearing the buzzword “artificial intelligence” (AI) a lot more lately. This year, the IGF also included this word in several sessions, including one with fruitful discussions called “AI & Inclusion”, which was an extension of the Global Symposium on AI & Inclusion held in November. As I had attended the symposium, I went into the session with a pretty good understanding of the current debates on AI.

The session centered around the idea of inclusion, which can be difficult because it is often very political, with people attempting to bring others over to their side. One of the big questions was what to include and how, which led to a discussion on how to increase participation from youth. After this, participants started talking about the importance of young people’s role in AI and how it is a necessity to make sure they become more skilled.

The solutions and action points stated in the session are as follows:

AI related issues should be looked at as an ecosystem-level problem and all stakeholders from individuals to states have duties.

AI related work needs to be interdisciplinary to have a 360-degree view.

Timing and speed matter in the race to clear the uncertainties around how research and policies impact AI, which will shape future AI practices.

The closing remarks of the session were: Do non-technical people have to learn coding or do engineers and coders have to learn ethics? Stress the artificial in AI, not the intelligence; Even though researchers are working on AI in a timely manner, it is very different than the former disruptive technologies in that every single one of us have to have literacy in AI, whether we like it or not.

Day 2: Internet of Things and Cyber Security: Will "Regulation" Save the Day?

It’s a difficult question to ask whether the IoT should be regulated, and one that raises numerous other complicated questions. This session provided a chance to try and answer these questions, with a range of participants and the speakers some of whom were in favor of regulation and others… not so much.

People who opposed IoT regulation centered their discussions around the fact that technologies and societies are not static; on the contrary, it is this very dynamic technology that undermines the effectiveness of static regulations. Also, there is a misbelief about regulations: they are perceived as a magic wand that is going to solve every problem, which has been proven to be wrong in the past. Some of the questions raised were; who are the subjects of the regulation? What are we protecting: safety of the consumers or the network? If you choose to protect one or the other, how are you going to protect the one that is left? What is the enforceability of these regulations?

People in favor of regulation stated that regulation is important; however, it is not the only tool that governments have to make the industry meet their responsibilities. It was pointed out that principles- or standards-based approaches are inevitable, which requires all of the stakeholders to take action. When considering the fact that consumers do not care about their safety, as well as the industry not wanting to take responsibility, realistic principles and standards that are enforceable across borders could save the day if applied correctly. Also, human-centric and data-centric focused approaches are needed rather than sector-focused ones when structuring regulations.

Later, it was stated that there are many regulations that already apply to the IoT, like consumer law or data protection law, so it might be more practical to focus on more specific IoT-related problems. In sum, most of the participants were in agreement that IoT-related principles and standards should be tackled at a global level that brings targeted solutions to targeted subjects and industries, and are enforceable.

Speakers presented some examples that articulated the Asian understanding of AI: Several years ago some people in Japan held funerals for robot dogs after Sony let them die; People in Asia are curing their loneliness by having robot companions, which can become one’s replika by learning from over time; Babysitting robots are a child’s teacher, friend, and sibling all in one; psychologically vulnerable Asians feel more comfortable talking to a robot that won’t judge them. These examples show that an AI with a personality is not such an unusual concept in Asia.

Speakers then discussed some of the utopian and dystopian scenarios of AI. AI could revolutionise the education and health systems to produce tailor-made programs and treatments; training data sets could have an expiration date; AI systems could be deliberately built rather than the notion of “AI first, everything else later”; and “data socialism” might be a way to allow equal access to data sets so that future AI systems are not monopolised by a small number of players.

These discussions proved that even though the technology is the same, people are using it in different ways, which creates these different levels of interactions. In sum, it wouldn’t be wrong to say that AI is a different reality in different parts of the globe – while in Western societies it is seen as something to be afraid of, in Eastern societies it’s trusted enough to take care of babies.